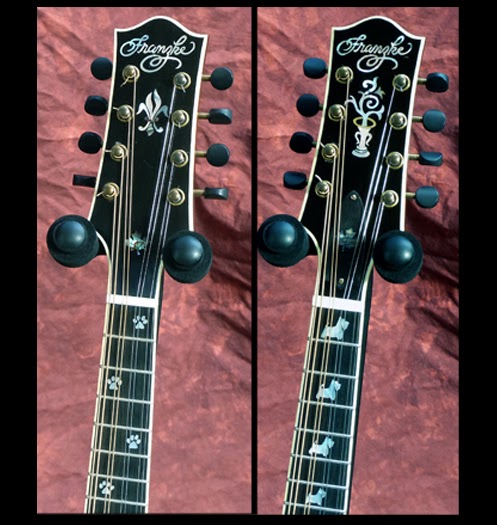 I love when I get a chance to do something a little different. The client, from Nova Scotia, ordered two mandolins, an A-5 and an A-4. He wanted the designs to pay tribute to his two dogs and to Canada. One of the dogs was a Scottie, the other a mix breed. 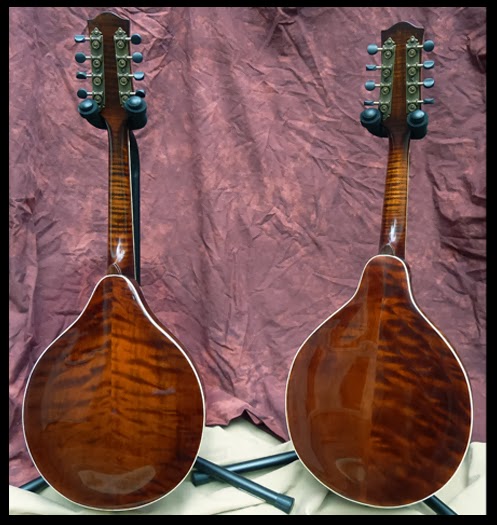 The quilted maple backs for both mandolins came from the same piece of wood.

I cut out the tiny scotties by hand. I decided to add three more, so I had to cut two more even smaller 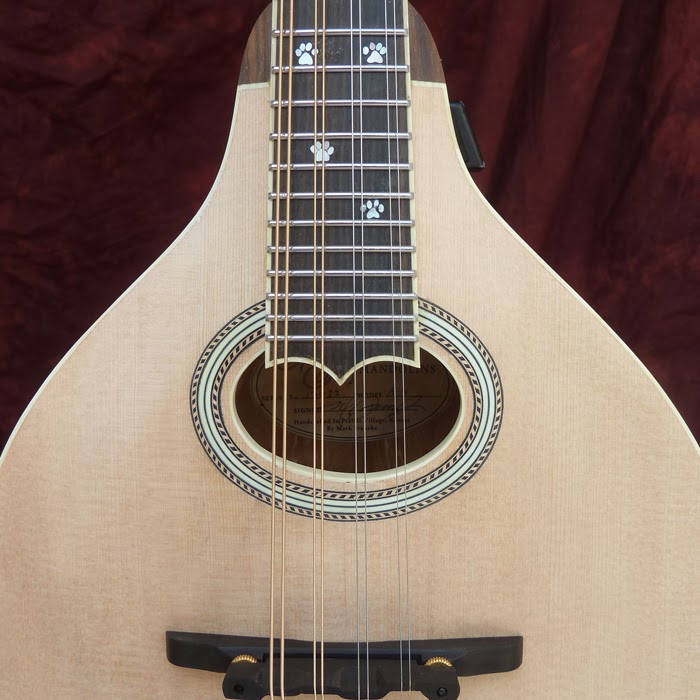 For the A-4, I decided to use paw prints rather than try and I wanted them to wlak up the fretboard instead of centered. Each little paw print is made of 5 separate pieces of hand-cut mother-of-pearl. 45 tiny pieces. I cut several more because I knew I would drop a few, never to be found. Surprisingly I only dropped two, and I found one of them. 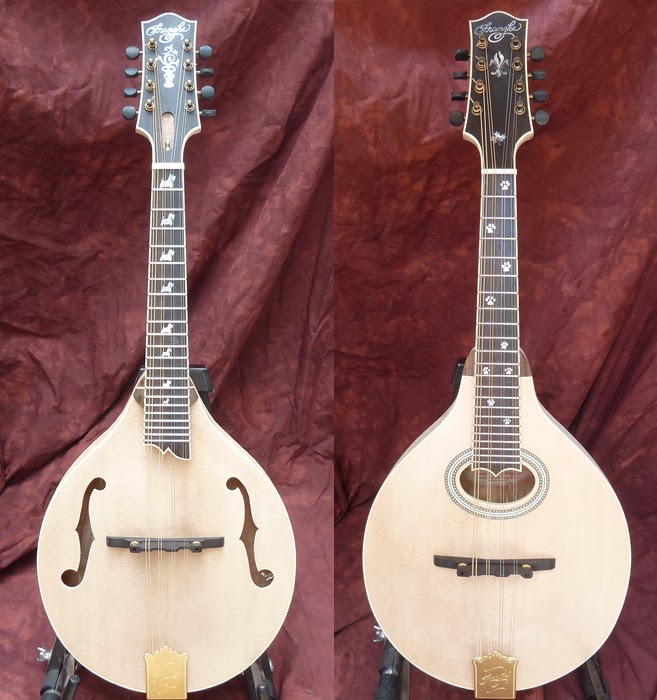 Unfinished, strung up to test the feel and make any adjustments. 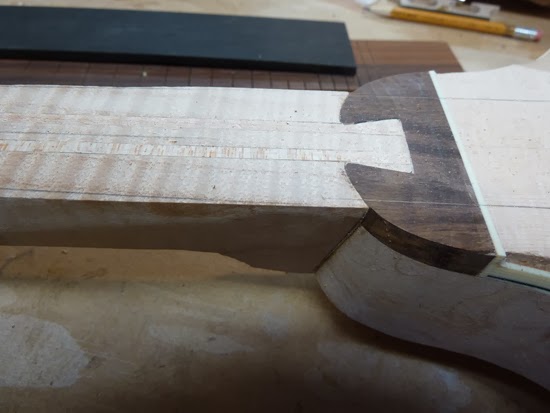 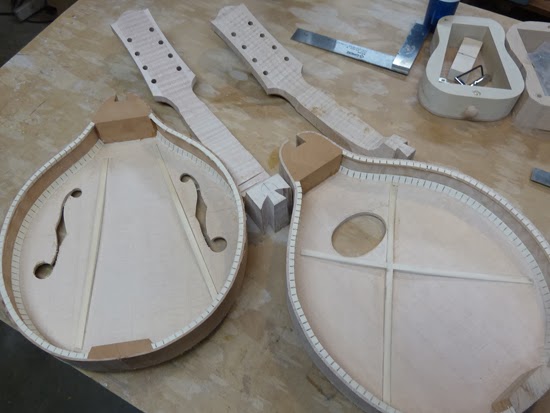 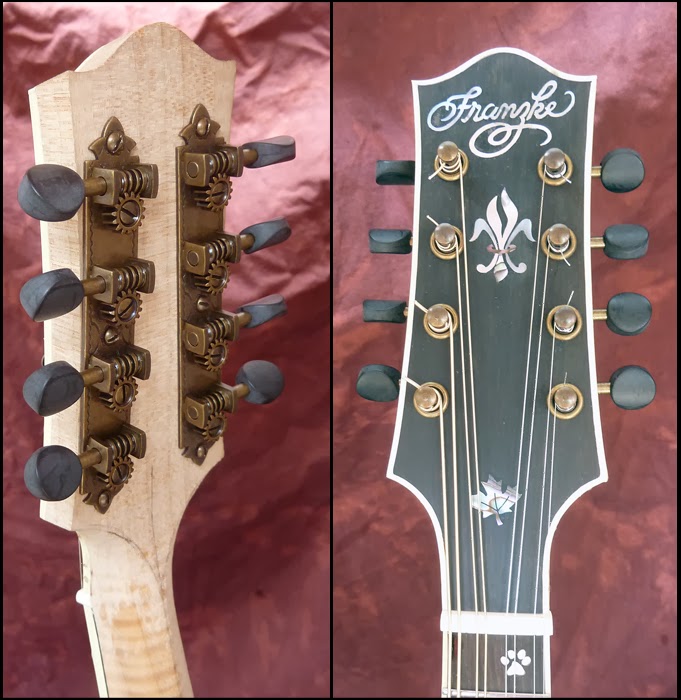 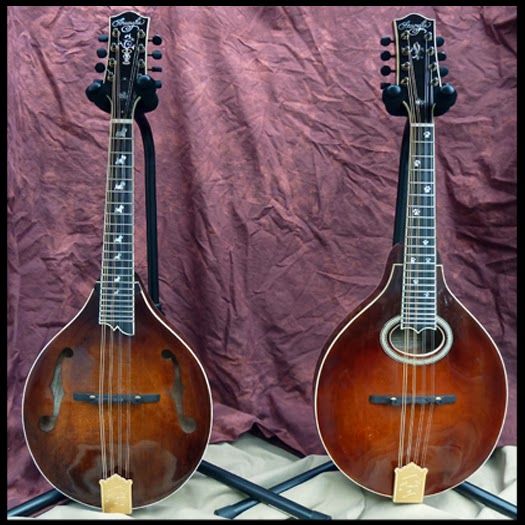 A pack of  wild dogs
Posted by Franzke Mandolins at 10:46 AM